If you are a democrat & voting for Hillary….

If you are a republican & voting for the Donald….

Home wall decor, $17, via Art.com
Care to share who you will be rooting for?  Will you be attending any presidential debate parties this evening?

Since the U.S. is bustling around in a voting frenzy today, I thought it fitting to take a look at the fashion choices of Michelle Obama and Ann Romney, and especially why the fashion industry refuses to embrace Ms. Romney.  It’s no secret that Michelle Obama has an interest in fashion, as she chooses to wear designers among the likes of Jason Wu, Prabal Gurung, and L’Wren Scott, as well as Michael Kors, BCBG Max Azria and Diane Von Furstenberg.  Ann Romney has been seen in designers such as Reed Krakoff, Diane Von Furstenberg, and Oscar de la Renta, along with J Brand and local, Boston-based designer Alfred Fiandaca.  However, Fiandaca has stated he doesn’t want publicity and told the New York Times that he was a “life long democrat” and was quoted as telling The Cut  that” some of Mitt’s policies offended him”- not exactly a shining endorsement.  Similarly, Diane Von Furstenberg and Oscar de la Renta ignored Ms. Romney’s outfit choices, and DVF went so far as to tell the public that they were “not quite sure how Ann Romney obtained the dress”.

The reasons for this blatant shunning of Ann Romney by the fashion industry could be quite plausibly due to the most powerful woman in fashion, Anna Wintour.  Many designers may fear they will be shunned by her, as she is an avid supporter of Obama, as she is one of his top bundlers and has held many fundraising dinners in his support.  In fact, the entire fashion industry tends to lean left.  According to a recent survey conducted by the Center for Responsive Politics and commissioned by WWD, the industry gave a total of $435,160 to the presidential race–53.9 percent of which went to Obama, while only 45.9 percent went to Republicans.

Some of the other reasons include that if designers attach their name to Ann Romney, they could potentially miss out on a Michelle Obama placement, which is essentially the best publicity for them at this current time.  Also, Romney’s views on women’s reproductive rights and same-sex marriage could be why much of the industry chooses to favor Obama, as well as a left-wing stance.

Alas, let’s take a look at the fashion choices of Michelle Obama and Ann Romney, and decide for yourself which lady wore it better.

END_OF_DOCUMENT_TOKEN_TO_BE_REPLACED 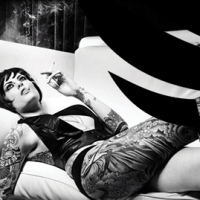