NYFW started out yesterday, and since there’s no time to lose in watching the 100+ Spring ‘2015 shows, Trends & Tribulations has compiled everything you need to know in this cliff notes version of this season’s NYFW guide.

What shows are you excited for this season? 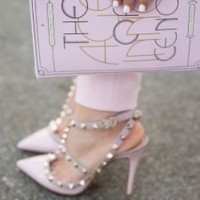